REAL MEN TALK; Vulnerability & Its Impact On Men is an invitation for men to set themselves free.

It’s an important step in allowing one’s self to see, feel and hear what is going on in a man’s world.

‘Trying to do it on your own doesn’t work anymore,

It’s about making the choice not to run or block out what frightens us.

A chance to find the courage to delve deeper into ways we can be more compassionate to ourselves, and those around us – AKA self-love.

The bravery to be unguarded is the first step in becoming the better man the world needs YOU to be.

The walls you put up and the same that are keeping you stuck.

I have a special guest this month, Joe-y has been in the Mental Health space for 15+ years.

We will be having a real, honest and open conversation discussing vulnerability and what it means.

Hope to see you there! 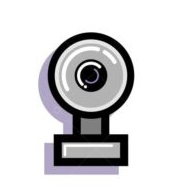